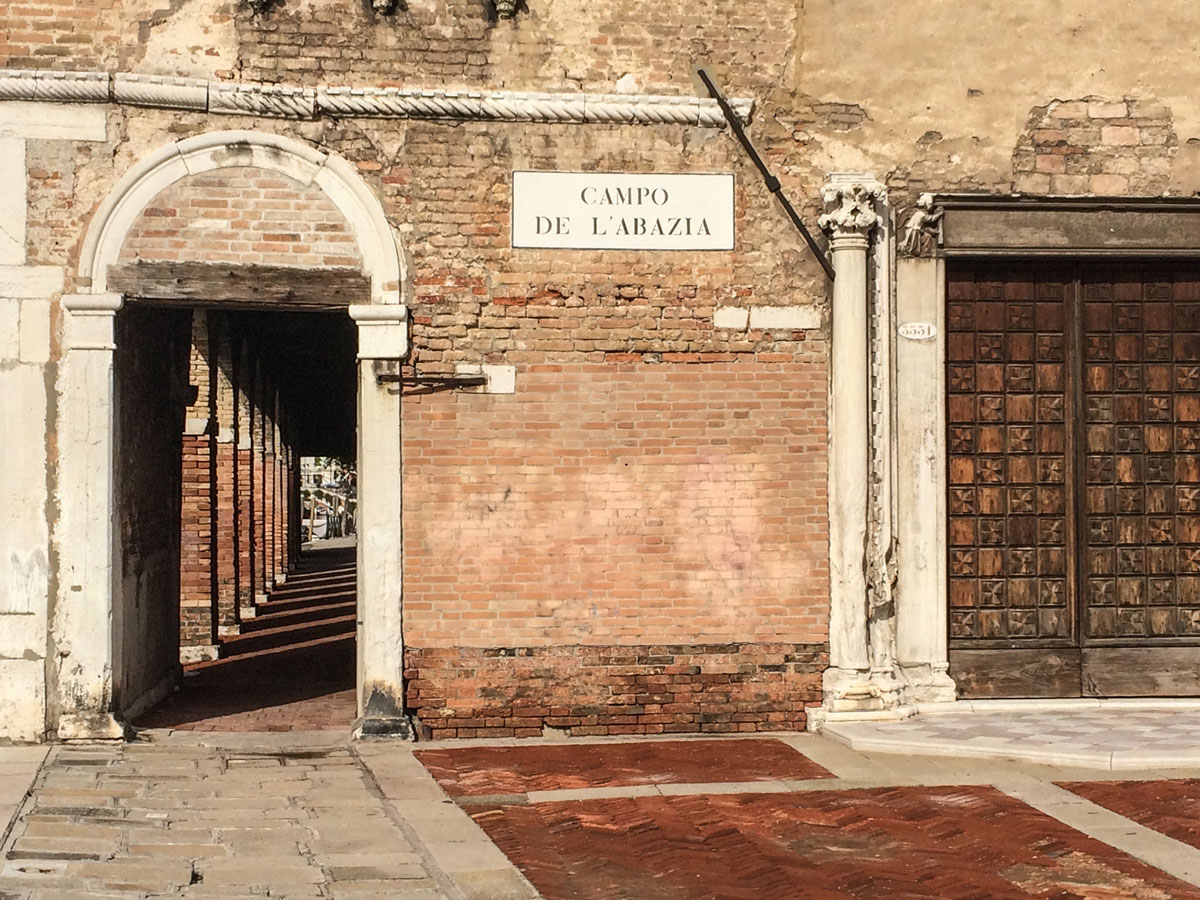 Did you know that the word “Ghetto” arise from Venice? It comes from the old Venetian dialect word “geto” which means “foundry”. In the 16th century Jewish people were forced to live in an isolated area within the Venetian district Cannaregio – an abandoned site of a former foundry that produced canons. The Jewish life was full of restrictions at that time: They were not allowed to leave their area at night-time and all access points were controlled by guards. When they wanted to leave the Ghetto at daytime they had to wear distinguishing clothes. Moreover they were only allowed to work in certain fields such as bankers, money-lender, tailor or tinker and had to pay extraordinary high taxes.

Despite the isolation and the heavy tax load the Jewish community enjoyed a comparatively economic, religious and cultural freedom. But it was not before 1866 that the Jews finally got legal equality.

Nowadays the Ghetto is still the center of Jewish life in Venice.

On my stay I mainly visited the district to escape the tourists and not to do historic researches. I absolutely enjoyed the almost deserted streets. Since I just started walking without any clear direction I didn’t come across the Jewish main attractions. So I can’t show you for example the main square of the Venetian Ghetto. But here are some random pictures that I took on my walk to catch a certain atmosphere.

interesting art piece in the window of a restaurant

a very subtle rebuilding of the nose 😀

elements on the wall creating an artwork 🙂

If you want to read more about the Jewish history in Venice you can follow the links below:
http://www.nytimes.com/2015/11/06/t-magazine/travel-venice-ghettos-synagogues.html?_r=0
http://www.sacred-destinations.com/italy/venice-ghetto
http://www.jewishvirtuallibrary.org/jsource/vjw/Venice.html